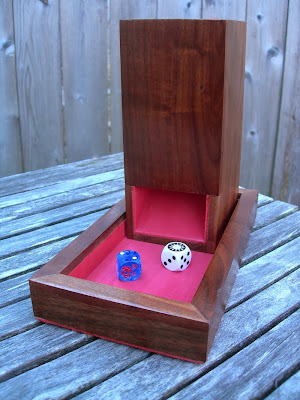 How long you have been playing ASL?

After I got my first real job and could afford it, that was in the last decade of the last century. Say some 20 years, give or take a few.

How long your nominee has been playing ASL?

He is an avid wargamer who has been playing games since the eighties. He got acquainted with ALS in the nineties.

I've been playing ASL since my early teens, maybe 1992. I took a long hiatus, but have been back playing for about 5 years.

My nominee is someone local who I have introduced to the hobby. We've been playing ASLSK for about two years, and have also been playing some full-rules ASL scenarios lately. I picked a scenario last week with lots of chrome: OBA, Air support and Winter camo.

My first ASL game was in May this year.

My nominee is the chap who messaged me out of the blue one day and intro'd me to my first game! He has been playing forever!!

Thanks for entering the contest gentlemen. The names of your nominees have been recorded.

How long you Ben playing ASL?

Playing since SL turned into ASL

Thanks for entering the contest. Great nomination!

Tim Snider
Been playing roughly for about 2 years.

Nominee:
Playing for 5 years (I believe). But learned as a kid.

Rob Tyson
Been playing since 1993.

Nominee:
I believe he's been playing since ASL first came out (sorry, don't know the year). He was one of my first ASL opponents, and just about every campaign game I've played (and lost!) has been against him.

Thanks for your entries. Good luck to your nominees!

My name is John Adair. I've been playing ASL for more than 10 years, while my nominee has been playing for about three years. Thanks for the opportunity!

My Name is Derek Ritter. I added the 'A' to my 'SL' in 1991. My nominee has been playing for the past 10 years (we met on VASL) and found out we lived 15 minutes from each other. He has been rolling boxcars in life lately and could use a change of dice. If he doesn't win, I will buy him a set!

Richard Bing, playing 1-2 years. My nominee has been playing for about 4 years.

Thank you for entering the contest. And thank you for forwarding the names of your nominees.

c)My nominee has been playing since 1993

Good to hear from you.

Just finished shovelling about 8" (20cm) of snow off the drive. Not the first snow fall this year, but the biggest so far, and its still falling.

Thanks for entering the contest. Good luck to your nominee (got your email)!

Brilliant idea for this competition.

I know about ASL since 1987, in the beginning I bought all the modules, but I hadn't any player, five years ago I known about a group of player in Valencia and I began with SK, now playing ASL full.

My nominee has been playing a long time too, but some years ago must leave by sickness, now is playing a lot and helping people to play better.

My nominee is one of my few abitual FtF opponents, being myself basically a VASL player.
He plays ASL probably by more time than me.

Great Idea, hope this prize can help someone to think more positive!