From Start to Finnish - Part 2 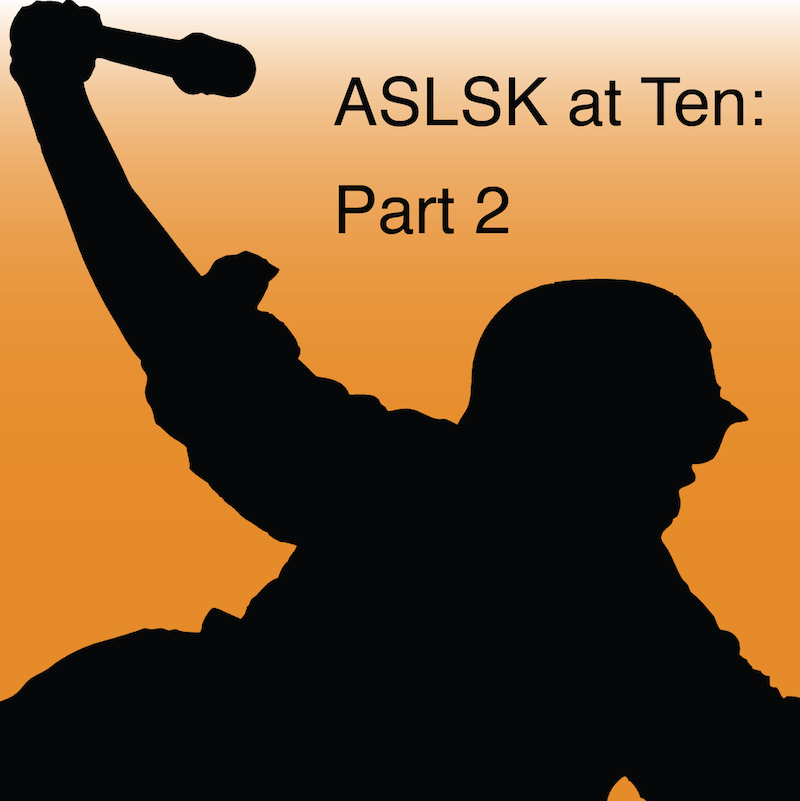 ASLSK1 (2004, 2014)
The first Kit has been reprinted numerous times during the past decade. The most recent reprint—the 10th Anniversary Edition—includes an updated rule booklet and Quick Reference Data Chart (QRDC). By updated, I mean that any errors or omissions that have come to light since 2004 have been amended. There were only eight corrections, or errata. Moreover, these changes are reflected already in the rule booklets and charts contained in later Kits in the series.
At the heart of this Kit is a twelve-page, rule booklet with abundant colour illustrations. The rules are divided into five sections. The first section explains the game components. The two mapboards, for instance, constitute the playing area. The boards are “geomorphic,” meaning that they can be joined together to form larger (and different) playing areas by placing the boards side-by-side, or end-to-end. Board z represents an industrial area, while board y is rural, with dirt rather than paved roads, and with the greatest variety of terrain. There are six basic types of terrain in ASLSK1: Open Ground, roads, buildings (wooden or stone), woods (and woods-roads), orchards, and grain.
The game comes with 255 ½” playing pieces that are used to represent American, German, and Russian Infantry and their Support Weapons (SW). Another 25 playing pieces serve as information markers that are used to denote the status of a unit, or some other effect. All pieces are commonly called counters. However, Infantry units are specifically referred to as either Single Man Counters (SMC) such as leaders, or Multi-Man Counters (MMC) such as squads and half-squads (HS). As befitting a basic game, only three types of SW are included: machine guns (MG), demolition charges (DC), and Flamethrowers (FT).
A pair of 11mm (7/16”) plastic dice included with the Kit are used to obtain a variety of results using numerous combat results tables. Most of these tables are found on the enclosed Quick Reference Data Chart (QRDC). Three double-side scenario cards provide players with six different scenarios or tactical problems. Each scenario spells out where the battle will be fought, what forces are in play, and what the objectives are.
The second section in the rule booklet is essentially a glossary of important terms and abbreviations. The third section is the most dense part of the book. It is a detailed sequence of play that explains what occurs during each successive phase of the game, beginning with the Rally Phase (RPh) and ending with the Close Combat Phase (CCPh). The fourth section provides rules for SW, while the last section looks at the characteristics of the troops themselves, including distinctions based on nationality and experience.
The first scenario in the box held a lot of promise for the Starter Kit series. “Retaking Vierville” is a pure Infantry battle with no SW whatsoever. It is therefore an excellent introduction to the world of ASL. The scenario allows players to concentrate on the fundamentals of Infantry fire and movement, leadership, morale, and so forth. I have to wonder though if the series would not have benefited from more scenarios that built upon previous ones by adding one rule section, or concept, at a time. If you prefer a more gradual learning curve, then may I suggest that you play the scenarios in ASLSK1 in the following order:
S1 Retaking Vierville
S5 Clearing Coleville
S3 Simple Equation
S4 Welcome Back
S6 Released from the East
S2 War of the Rats

All of the Kits, as well as Expansion Pack 1, contain a mix of basic and intermediate scenarios. The mix technically gives players of all experience levels an entry point into the system. In other words, a beginner need not begin with the first Kit, because each Kit (except ASLSK3) contains at least two Infantry-only scenarios. However, the introductory scenarios in later Kits tend to have more Special Scenario Rules (SSR), or other complications, that are less newbie friendly. If practical, I recommend that players begin with ASLSK1 and proceed through the second and third Kits before attempting scenarios found in other packs, or in the historical module.
The general exception to the foregoing are the seven scenarios published in the now defunct Operations magazine. Each of these scenarios is intended to be played using the components found in one of the three “core” Kits. I have prepared a table in the last post of this series that will help you identify these scenarios. “Prelude to Festung Brest” is one such scenario. It is an Infantry-only battle that requires ownership of ASLSK1 (and nothing else) to play.
Reception of the inaugural Kit was largely positive, and the first printing sold out rapidly.1 In my third post of this eight-part series, I have a look inside the first Starter Kit to introduce ordnance weapons.
Notes
1. See, for example, Mark Pitcavage’s review published in Armchair General the year Starter Kit debuted.

Thanks for the series.

In this post, I'm particularly grateful for the 'gradual learning curve' sequence you suggest for ASLSK1. I will be playing them through in that order.

Out of curiosity, why do you think MMP didn't do a better job of presenting the scenarios in escalating levels of difficulty? I heard this problem occurs in ASLSK3-Tanks---that you would never want your first tank scenario to be the first one given. Also very curious.