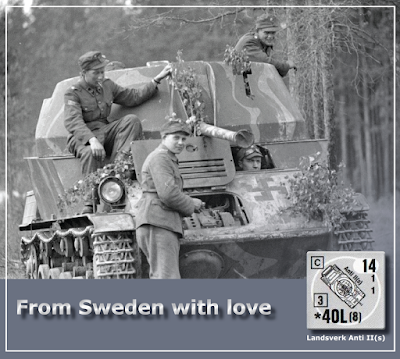 Another interesting and detailed post. As for Hakkaa Päälle...it's a great addition to the Core Modules in my opinion.

I wanted to highlight some of the things that Hakkaa Päälle! brings to the table. A handful of players have been dismissive of its value as a core module. While I appreciate that some players have no interest in playing the Finns (the Finns in BV may have left them jaded), I believe that HP expands the system in other ways.

The module is also more expensive than we are accustomed to, a consequence of higher production costs (and the need to include updated rule pages and charts*). I suspect that this may partly explain why some people feel that HP does not deliver enough bang for their buck. I get that. But what other core module came with 17 (new) scenarios? Before MMP began including reprints of older scenarios, most core modules had only eight or ten scenarios. From a play-what's-in-the-box perspective, HP delivers very good value.

*The ASLRB was specifically designed to incorporate new rules, and changes to older ones. Griping about the cost of replacing pages and chapter dividers due to the addition of new rules specific to the Finns is silly, especially when some of these same people would have no difficulty adding/amending rules to accommodate their favourite theatre/nationality, etc.