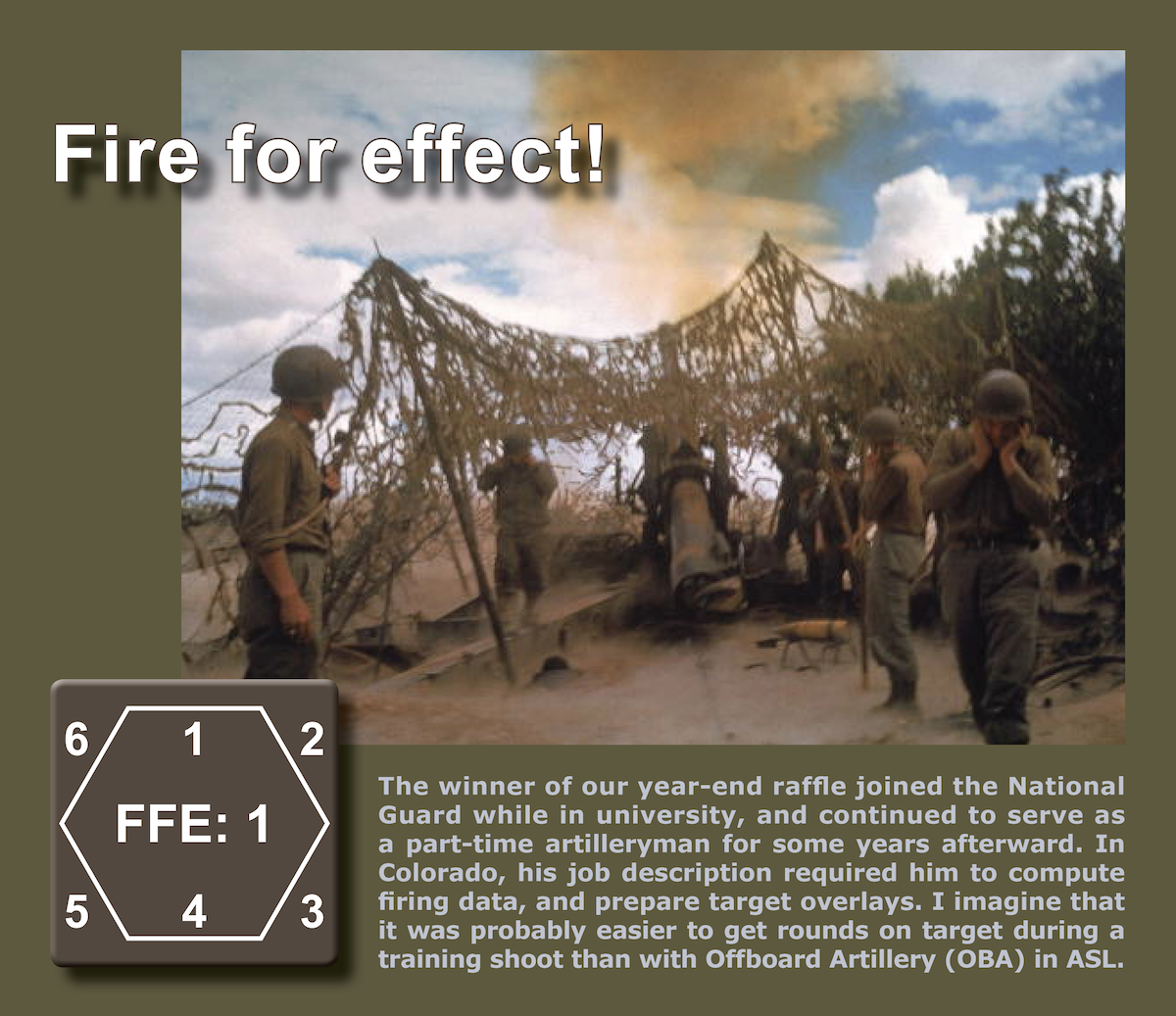 While I always enjoy reading SitRep blog entries, this particular one was a nice surprise - learning I'd won some precision ASL dice! :) Your work here is always exemplary, Chris - top quality production, but equally important, top quality content and research. Many thanks to you (and Helen ;) ) for all you do for our hobby.

Hi Nadir, Thank you for reading and following Sitrep. Thanks too for the kind words of praise. Helen mailed your prize this evening. It should be in SoCal well before the West Coast Melee. Enjoy the tourney! Helen and I wish we were headed there too.

Congrats to the winners. Reg I hope to see those dice at Caslo 2015

Chris, I think out play of Return of the Black Coy went much the same way in terms of hero creation, and leader termination. I remember that I HOB rallied the one squad, but I don't remember how your 9-2 went down. Was it sniper (followed by everyone else failing LLMC?)

Thank you very much for the gracious surprise! I always enjoy the highly informative content on Sitrep and am constantly amazed at the uniqueness with which it is presented! I hope you guys are surviving the winter in the great white north!

One more thing. With regard to the nature of the SS-unit counters contained in Festung Budapest. While MMP was fully on-board with creating certain Festung Budapest specific counters (e.g., 13. Panzer, Hungarian Arrow Cross Militia, etc.), there was a desire to keep the SS units consistent with the rest of the system, so no 6-5-8s and 4-6-8s with underlined Fire Power. This was discussed, but ultimately not accepted as beneficial. Can't say that I disagree given all the rest of the chrome in the package. :-)

Thanks for the feedback Bill. It never occurred to me that the SS 4-6-8s might be entitled to Assault Fire, but it would have made sense.

The package arrived safe and sound! Thank you again for running these contests and the countless hours spent creating such great content!

Thanks for the note Bill.

I have been neglecting Sitrep for several months now. Busy with the scenario lists, and admin for the Canadian ASL Open this May.

I hope to post another ASLSK article this spring before getting back to some grognard stuff. :-)

Also working on some Stalingrad dice. The first ones will support Tom's VotG.

Hahahhah .. LOVE this post .. and of course the portraits of these ASL folks. Nadir I deal with often and Mark Evans I met in Albany.

Congrats to all ... and another terrific writeup Chris!!

Very busy with preparations for the CASLO XIX. Otherwise I would have had another post out by now. :(