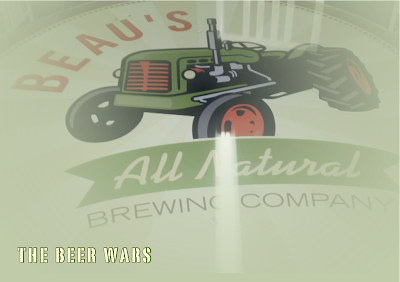 In June 2010, BattleSchool sponsored a one-day ASL event inside a microbrewery. To my knowledge this was the first time that anyone had held an event in such a venue.
I wanted to hold a day of open play somewhere between Ottawa and Montreal. My hope was to bring players from these cities together for a day of gaming and socializing. What began as a 12-hour, localized event became something truly memorable.
I was pleased with the results. Multi-Man Publishing, Key's Games and Hobbies, and The Gamer's Armory provided great door prizes. One of the participants, Erik Linkblad of Montreal, donated an awesome laminated map of Gavutu-Tanambogo. The beer was terrific and the food tasty. In spite of three cancellations due to illness and family commitments, there were 16 players and three wives on the day. People from as far away as Toronto, Waterloo, even Maine, showed up. Most of us got two games in that day. (I got a third in the next evening when Keith Hill opted to stay another night in the nation's capital.) A newbie played his first game of ASL after watching his friend play. What a great story to tell in the years to come.
After packing up our cardboard heroes, we headed over to my brother-in-law's place (300 metres from the brewery) for a night cap ‘round the fire. We sipped the last of our Lug Tread beer, toasted marshmallows, and reminisced. Here is a summary of our day (and the day after). Enjoy the show! 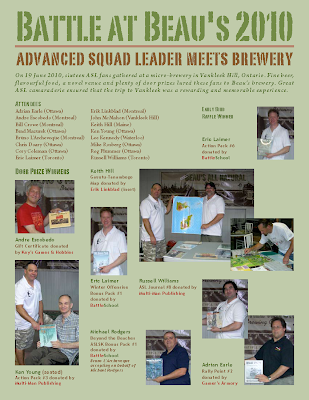 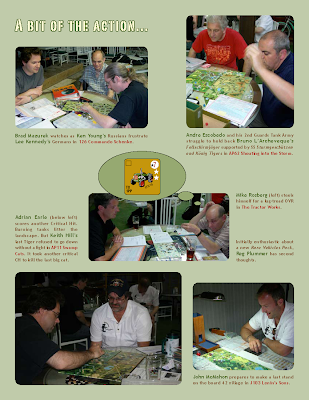 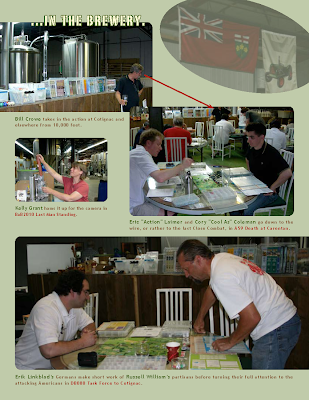 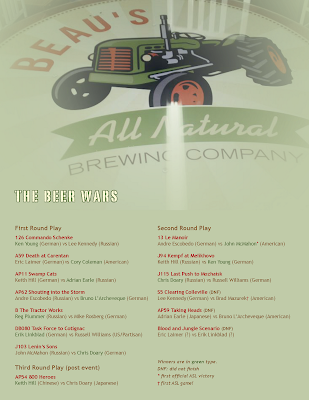 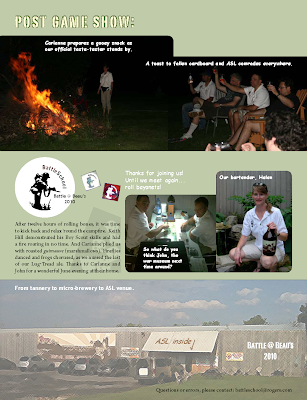 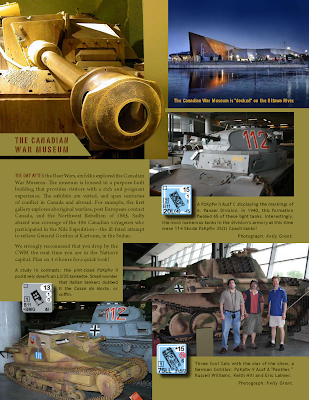 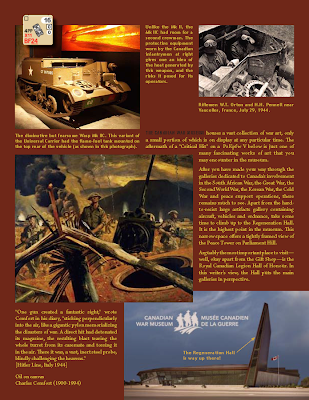 My apologies for the awkward post. I tried to create a slideshow in one of the sidebars, but the images were too small, and I could not get them to open in a new window.
Posted by Chris Doary at 23:50

Looks like a good time was had by all. Good stuff.

Wish one time to be with you.

of all the ASL tournaments/events I've had the pleasure of attending, Battle at Beau's was The FUNNEST Ever! What a Great Time. ASL in a brewery: just brilliant. There were so many GREAT prizes and give aways. But you forgot to mention the food, OMG the food was a good as the beer!

I was one of the people who had to cancel because of an unexpected family event (well, an addition to the family that arrived sooner that planned!). Glad to hear it was fun.
Are there any plans for another Battle at Beau's in the future?