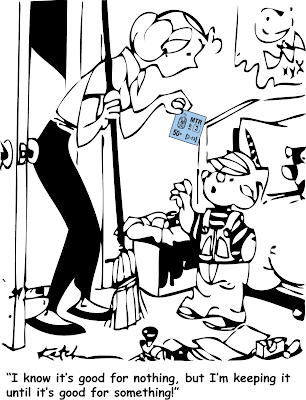 I am sure that many of you are familiar with the old adage “possession is nine tenths of the law.” Unfortunately, this adage does not adequately convey the meaning of “possess” in ASL. Possession has important consequences for both fire and movement, but I will focus on movement here. Granted possession is not a difficult concept to grasp, but the implications of possession may be less obvious. In order to understand these implications, you also need to understand a number of related ASL terms, namely drop, Recover1 and move. But let’s begin with possess.
Possession
To “possess” a support weapon (SW) or Gun is to have exclusive rights to portage, fire, repair and destroy it. Portage2 is the ASL term used to indicate that a unit is carrying something while expending Movement Factors (MF). In contrast, the term “possess” simply indicates which unit has exclusive rights to a SW/Gun. For ease, I will explain these terms as they relate to SW, although most of what I have to say applies equally to Guns.
You show possession by placing the SW on top of the unit that possesses it.3 Interestingly, your units do not have to be Good Order to possess a SW. A unit in Melee, for instance, retains possession of its SW. Even broken and wounded units maintain possession,4 although they may need to drop some or all SW before moving or routing. In this respect, possession is not always contingent upon the ability of a unit to portage a SW.
Drop
The term “drop” has two meanings in ASL. One corresponds to the physical act of dropping a SW while portaging it during the Movement Phase (MPh). In sequence of play terms, “during” means that the unit was moving when it dropped the SW, and by “moving,” I mean that the unit expended at least 1 MF before it discarded the SW. Notice that I said, “expended.” A unit is considered moving whenever it expends a MF, regardless of whether or not it actually moves anywhere. This will make more sense in a moment, so bear with me.
The second meaning of “drop” is more akin to abandoning or leaving a SW behind. For example, because a leader cannot carry greater than two Portage Points (PP)—even with the help of another leader—he does not so much drop a heavy machine gun (HMG), as leave it behind. In the same way, a squad may leave a SW behind at the start of its MPh—that is, drop the SW before expending any MF. In this case, the SW is considered not to have been possessed at the start of the phase. The technical term in ASL for a weapon that is not possessed is “unpossessed.” 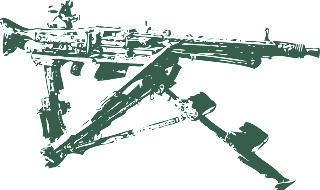 Recover
If you agree that to drop a SW is to relinquish possession, then to Recover a SW is to claim possession. Although you can Recover (or Transfer, but not drop) a SW during the Rally Phase (RPh), I am concerned here with Recovery as it occurs within the context of the MPh of a particular unit or stack.
An unpinned and unbroken unit may attempt to Recover a SW in its hex (or Location, if using the complete ASL rule set) at any point during its MPh by expending a MF and making a successful Recovery die roll. But if my unit fumbles, there is no second try.

I am limited to one Recovery attempt per unit, per SW, per MPh. What my unit can—or cannot—do with a SW afterwards depends on the status of the SW when it was Recovered. If a SW was unpossessed at the start of the MPh, or if it was dropped by a unit before the unit expended any MF, its new owner may move the SW to another hex. But if the SW was moved earlier in the MPh, it cannot be moved again, although it may be Recovered.5
Move
Therefore, even a failed attempt to Recover a SW constitutes movement by the unit attempting Recovery, because a unit must expend a MF to make the attempt. This can have some unintended consequences. For example, if my squaddies possessed a HMG when they failed to Recover a demolition charge (DC), the HMG is said to have moved during the MPh. It does not matter that my squad did not actually move anywhere before making the Recovery attempt. Nor would it matter if my squad were to stay put for the rest of the MPh. In all cases, the HMG is considered to have moved because the squad expended a MF while it had the HMG in its possession.6
Now imagine that I told my butter-finger squaddies to drop the HMG and head elsewhere. At this point I could have another unit try to Recover the HMG. But if I did this, the new owner would have to end its movement if it succeeded. To be more specific, the new owner would be prohibited from expending any further MF during the MPh. Because my dunderhead squaddies foolishly “moved” the HMG before they dropped it, and because a SW cannot be moved more than once in the same MPh, the unit now in possession of the HMG must end its MPh. All this is to say that the point at which a unit drops or Recovers a SW, and therefore relinquishes or claims possession of it, has significant implications for the subsequent movement of the SW.
The timing of a “drop” or Recovery attempt can also have significant consequences for the unit that possessed or possesses it. I have touched on one of these consequences. I will leave the rest for another article. However, it should be clear from this short piece that possession in ASL is closer to “ten-tenths of the law.”
Notes
1. The terms Recover/Recovery/Transfer are capitalized in the ASL Rule Book 2nd edition (ASLRB2), but not in the ASL Starter Kit (ASLSK) rule booklets.
2. The word "portage" is derived from the Old French verb porter, meaning to carry. It is a good choice for ASL because it has two primary connotations. The first is the act of carrying or transporting something. The second is the cost of carrying or transporting something. See my article “Learning to Carry Your Weight" for an explanation of these concepts as they apply to ASL.
3. Showing possession in Deluxe ASL is slightly different, owing to the larger hexes, but essentially follows the same principle [J2.12].
4. Remember that broken units no longer respond to direction from their commanders and tend to hold onto weapons unless pressed. Granted they will drop excess kit if they rout, but “brokies” usually are reluctant to part with SW in their care. In the real world, persuasive individuals may be able to convince otherwise unresponsive troops to relinquish possession of their SW. Consequently, the ASLRB2 has provisions for Recovering SW possessed by friendly broken Infantry [A4.44]; ASLSK does not.
5. Perry Cocke, the resident dean of ASL, is arguably the last word on the interpretation of ASL rules. In 2007, he clarified that if a unit expends any MF while it possesses a SW, the SW is considered to have moved during that MPh. Otherwise, the SW has remained stationary. Perry Cocke’s reply to Will Fleming’s post on GameSquad forums, 2 September 2007. Mr. Cocke is a co-owner of Multi-man Publishing, the official publisher of all things ASL. His authoritative reputation where rules are concerned has led to his considerable body of judgements on game play to become known as Perry Sez. A rule interpretation often stands or falls simply because Perry says so.
6. One unintended consequence of “moving” the HMG during the MPh is that the HMG cannot be fired during the Advancing Fire Phase (AFPh). Had the squad possessing the HMG dropped it before attempting to Recover the DC, another unit could have attempted to Recover the HMG. If successful, and provided the unit that Recovered the HMG did not expend any further MF, the HMG would be eligible to fire in the AFPh, albeit as Area Fire—for firing in the AFPh.

Good artiole pointing out some of the subleties of SW Possession.

Thought at first you were referring to the disorder where people feel they MUST own everything ASL!

Commissar attempt to rally a Conscript HS with an LMG. Fails and HS dies, another leader in the hex can at that point recover the SW on anything but a 6, but interestingly the Commissar can't as that counts as 2 actions, no juggling hot weapons!

Your Blog just keeps on getting better. Stolen the flags for my blog. Keep it up it's now required reading