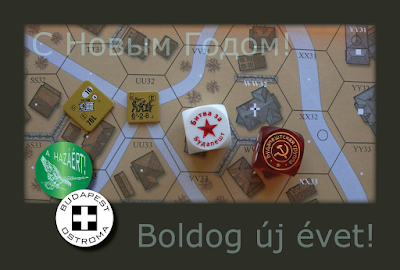 In the autumn of 1956 a disheveled Hungarian arrived in England’s damp and dreary northeast. Wrapped in a Red Cross blanket, the 25 year old had accepted an offer to work for the British Coal Board. He had graduated the previous year from the University of Sopron. But the aspiring mining engineer had turned down a good job in Budapest in order to pursue a doctorate. It was a serendipitous decision. When the Hungarian Revolution erupted in 1956, Oszkar Hajcsi decided to flee the country. Although Sopron is no more than five kilometres from the Austrian border, the frontier was a tangle of wire and minefields. While negotiating this treacherous terrain, a Hungarian border guard spotted Hajcsi. Torn between stepping on a mine and being shot, Hajcsi opted to tread carefully as the guard closed on him. To his surprise, the guard urged him to keep going, as he wanted to leave Hungarian People’s Republic too!

In September 1957, Oszkar met a local woman in Newcastle Station. They would spend the next 62 years together. Uncle Ozi, as my wife’s family referred to Oszkar, died in 2019.

Seventy-six years ago today, a host of Hungarian “uncles” and their young charges found themselves besieged in their nation’s capital. One particular episode in Hungarian history comes to life in the Festung Budapest scenario “Uncles and Pups.” Unlike in 1956, it’s the Soviets who have to brave mines in 1945. If you haven’t played this scenario, I recommend you give it a go. It’s a good introduction to Vannay MMC. These Elite Hungarians have some unique characteristics and capabilities. Although the scenario appears to favour the Axis on ROAR, it was dead even on the ASL Scenario Archive the last time I checked. That said, take the Soviet balance if your opponent has a lot of experience with the module.

And if you’re the winner of our New Year’s raffle, you can play it in style with the BattleDice in our Budapack.

The winner of our raffle is also eligible to receive of copy of Festung Budapest. Bill Cirillo’s incredibly detailed historical module has been out of print for some time. Lucky for our raffle winner, we still have some on hand. But I’m getting ahead of myself.

Similar to our last January raffle, everyone following Sitrep as a Squad Leader was eligible to win a prize. And similar to last year, many potential winners were subsequently disqualified because they were not following under their first and last names. For instance, the person who scored back-to-back double-ones in today’s raffle normally would have won the Sitrep lottery. Although he—and I’m going to assume it was a he—won the tie-breaker, he was subsequently disqualified because he had been following Sitrep as “wwiivehicles.com.” What a shame. Cary had joined Sitrep in December 2011, and had a blog that would be of interest to many fans of ASL.

Others who had been following under their full names have since disappeared from the Sitrep nominal roll. This was the case with Dan Sueyoshi, who won a KitShop gift certificate almost nine years ago. With a tie-breaker roll of four, he was next in line for top prize.

Enough of those who didn’t win. Let’s look at the pair who did.

For today’s raffle I rolled with the Soviet cubes from our Budapack. There were only five “snakes” in 350 rolls. Of these, three failed to meet contest requirements. Of the remaining two, Donal Fallon—a local historian and guide in Dublin, Ireland—was edged out of top place by Javier Ballesteros. A well-known striker bears this Spanish name, as does the son a famous golfer. But I suspect that our winner is neither of these gentlemen, but rather an ASL fan from North America. We shall see. Whatever the case, ¡Felicidades Javier! 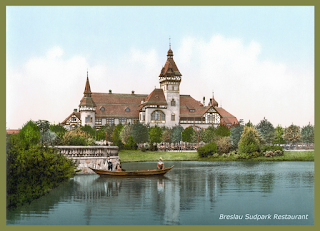 Seven Squad Leaders had boxcars. Only one rolled them back to back. Torontonian Dave Martienson is a repeat prize winner, having won a prize package in August 2014.

This time around Dave wins a copy of Friendly Fire Pack 12. For those not familiar with the work of Mattias Rönnblom and his band of merry men, MMP republished a Swedish dozen of Friendly-Fire scenarios in 2013 as Best of Friends. (You can find a review of this pack elsewhere on Sitrep.) MMP released a second best-of pack a few months ago. Pack 12 is the most recent pack from Friendly Fire. It contains some fine scenarios such as “Wrecking the Rentals” and “Amerikanskaya Suka." However, one design has a sentimental appeal to me. (2018)

“Boy Soldiers” is set in Festung Breslau (modern day Wrocław). My mother had turned three a week before the battle in Breslau’s Sudpark. The previous autumn, her mother had fled the city with her two children to seek refuge in the mountains to the southwest. In a pointed example of Nazi fanaticism, a regiment of Hitler Youth was transferred to the fortress in January 1945, only weeks before the Soviets encircled the Silesian capital.

The fortress held out for 82 days. In fact, it didn’t capitulate until four days after the fall of Berlin! Teenage boys aged 14 to 18—according to some sources as young as 12—played a bloody role in prolonging the siege.

I like the fact that the ginormous building on board 6 actually makes sense in this scenario. The restaurant complex overlooking the pond in the park was massive. Modelling the fanaticism of the Hitlerjugend proved trickier though. An all-Conscript force didn’t past muster during playtest. In the end Mattias went with a 50-50 mix of Conscript and Second Line squads. However, it’s the way he treats the Conscripts that gives the design its distinct flavour. I won’t spoil the surprise, as Dave may not have seen the scenario yet. It seems tough on the Germans. And it can be, if the German force isn’t treated with kid gloves. In my only playing of the scenario, the conscripts proved remarkably resilient. You may want to give the Russians the balance. :D

We could say a lot about how 2020 played out. My year began with a modest amount of face-to-face play. It would not last. For reasons I won’t go into here our lives became generally more isolated. At the same time some of us became more engaged online, at least where ASL was concerned. In a weird way, the chain of events that led so many to tighten their social circles also led to a broadening of social networks online. Online ASL, or Virtual ASL (VASL) became the norm, not the exception. The VASL phenomenon grew as more and more tournaments went “virtual.” The net effect of all this online activity was more not less ASL play than usual. To drive home the point, fully a third of my games were tourney matches.

Although I had to be up at zero-dark thirty one morning in order to take part in a tournament run out of the United Kingdom, it proved to be more than worth the sacrifice in sleep. I particularly enjoyed playing in the Double One tourney. Usually held outside London in June, I was able to get three matches in with three different players. My first opponent was from Italy, the others from the UK. It was the first time that I had played any of them. Another UK event in November gave me an opportunity to play three more players from the UK for the first time. I also got to play in a couple of ASL Oktoberfest Minis that Bret Hildebran ran virtually this year. Did I mention that I played in the West Coast Rumble too? All in all an exciting year ASL wise.
I've registered for the Chicago ASL Open this year. David Goldman is running it online for a second time. There are at least six rounds played over seven weeks. Check it out!

Hindsight is 20/20. The past year has been a bizarre one, to say the least. Few could have predicted how 2020 would end. But it’s over and time to move on, as best we can. With that we would like to wish everyone a wonderful New Year! A year in which ASL will continue to provide a welcome break from the whatever the dice gods throw in your way.

How to claim your prize

1. Leave a comment at the bottom of this post by 31 January 2021, and tell us what the most memorable ASL scenario that you played in 2020 was.

2. Email us to arrange delivery.

My most memorable scenario in 2020 was AP143 Late for Chow. It's a running battle between the Americans and the Fallschirmjagers going from a pretty wide open board into a bocage board. There's a lot of movement on both sides. Ultimately it's a very close match between good old American firepower against high morale German paras. I lost the game but it went down to the last turn when none of the paras made it through a 2FP firelane!

Here's to wish you all a very happy New Year

Thanks for the well wishes, and the comments. I was less enamoured with AP143, in part because the Amis would not break on cue. ;)

Keep your head down in HK!