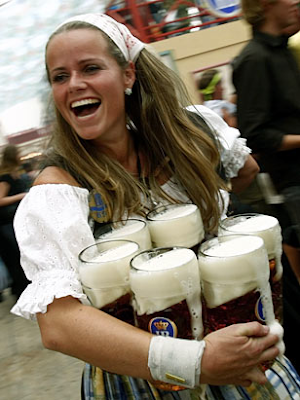 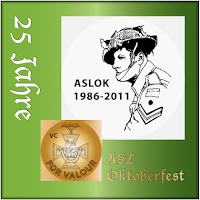 Two sets of these dice will be up for grabs in the 2011 World Cup. In 2010, the Most Valuable Players of the US (Jim Burris) and World (David Longworth) teams each received a set of our ASL Anniversary BattleDice. In addition, the overall winner at ASLOK, the Gröfaz, will receive a Gröfaz set of ASLOK BattleDice. Bob Bendis won the set last year.
The set of four dice will retail for $35.00. However, if you are attending ASLOK, you may purchase a set at the ASLOK rate of $30.00. We will also have a limited number of Gröfaz sets on hand for sale to former  Gröfaz champions. These sets will retail for $40.00, $35.00 at ASLOK. 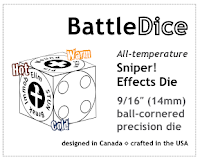 Finally, we plan to release our Sniper effects die at ASLOK. The 9/16” precision die will retail for $10.00. To sweeten the pot, we plan to bundle the Sniper die with another special 9/16” die, and sell both for $15.00.
If you are interested in something else from our KitShop, and would like to save on shipping, we can deliver it to you in Cleveland. We have a couple copies of KGS Cholm left, for example. We also have a stock of map bundles, and some out-of-print material. You may email battleschool@rogers.com for a pdf of our KitShop catalogue.
Acknowledgements
Photographs were pinched from Dave and Jeff of The 2 Half-Squads fame. (EXC: I cannot recall where I found the snap of Dave's cousin in Munich.) I minced Bret's "ASLOK Agenda" before including it in the post. Any errors are undoubtedly that of the original author, and I accept no responsibility for any personal loss or suffering that may occur should you choose to follow this agenda.
Notes
1. Some suggest that the spices and herbs in Aquavit help with the digestion of rich foods. It is a good excuse as any to have a shot when sitting ‘round the campfire at Dave’s. Rudi, an ASLOK "Cherry," is bringing some Schnapps with him from Germany this weekend. My wife picked up some Pilsner today for Dave. We figured that he would need some beer to wash down all that liquor. See you Sunday!
2. In recent years, Canada and other Commonwealth countries have created their own “national” versions of the award. At least two Australian soldiers have been awarded the VC for acts of bravery in Afghanistan.
Posted by Chris Doary at 22:40

ASLOK: an ASL Pilgrimage. Can't do it this year but Ted and I will be back in 2012! Be sure to save me some new Battledice and roll low :)

Hi Chris: John Haas of Columbus Ohio here. I would like to get one of the new ASLOK dice sets (30 Dollars on site) and the new SAN die and its added companion for 15 on site at ASLOK, correct?? i should be there Monday with good luck. The KGS and FtC#6 arrived safe and sound, just a few days after my order, thanks. See you up at ASLOK, safe trip...john haas

I'm very excited to be attending ASLOK this year. This is my first time attending and I'm still fairly new to the game. Your write up on the events only make me more excited. Looking forward to it.

Glad to hear that KGS and FTC6 arrived promptly and safe. Helen and I will put some dice aside for you.

The "Tommy" and the VC look great.

The American set has a paratrooper on the ace of the white die, and a Distinguished Service Cross on the green die.

Either way, your dice are reserved for you. See you in a few days!

If you can guess what ties these medals together design wise, we will give you a complimentary Sniper effects die.

As Keith said, ASLOK is something that every ASL player should try to attend at least once in a life time. It's great to hear that you are making a pilgrimage early in your ASL "career." You will learn much, meet heaps of people, and have a memorable time.

If you are still playing some ASLSK, my wife would be happy to have a new opponent.

Looking forward to meeting you.

My dance card is pretty much wide open right now. I'm still in my "teething" period of full ASL and still enjoy the SKs very much. I'd be glad to play a game with your wife. As soon as my wife is finished with her Master's degree she owes me "giving it a shot". April can't come soon enough.