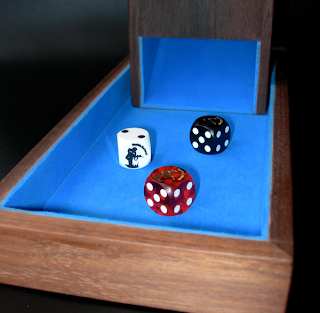 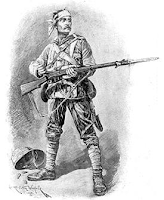 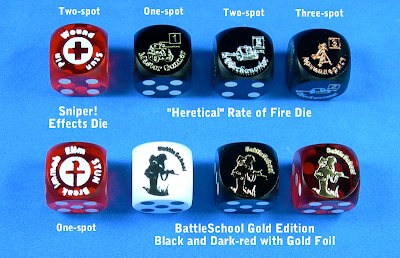 Man that was cruel. I saw my dice tower and thought I had won!!!!!
Weldone Olli. That dice tower is now three years old and still looks brand new (it was well over a year when I took the pic)
Ian

Bryan:
I think we will need to include a set of American and Commonwealth BattleDice in the December raffle. ;)

Ian:
Sorry to get your blood up mate, but I thought that your dice tower was such a marvellous example of Olli's work.

Better luck next time to the both of you.

Chris, no worries. I'm fairly sure that pic has sold him a few towers since it was first used. He has a whole bunch of them now all part made so maybe now is a good time to ask him for one. It's also good to point out that the cap badge was added by myself but if you send him one yourself he will fit it for you.

There is always next month.

I'm a new squad leader this month. Great job with the blog.

I'm hoping for a set of battle dice in my stocking this Christmas. I have set your site as the homepage for my wife's computer. I hope she gets the hint.

Thanks for joining Matt. Good luck in the draw, and with your plan. ;)

We have had a few wives purchase dice this month. The regulars tend to come before Xmas and birthdays with "wish lists" in hand. Helen has offered to gift wrap, but so far no one has taken her up on her offer.

In the pull-out blurb about Olli there's a photo of someone's AFV storage solution. That looks like a sweet setup. Is that Olli's? Is that a custom solution? Or is that using a Raaco?

Re AFV storage question:
You are looking at a picture of one of Oliver's German AFV Raaco boxes.

It is a custom Raaco solution. :)

He is using standard A75 inserts in a PSC4-01 Handy Box. There are five compartments in an A75 insert, which are perfectly sized to store 16mm counters on edge as shown. PSC just stands for Professional Service Case, by the way.

I use A78 inserts for my AFVs. I keep AFV separated so that each of the eight compartments in a A78 has a unique AFV.

With 16 A78 per handy box, this gives me storage for 128 vehicles, each in its own compartment within an A78. This works well for the Germans and other nationalities with a high vehicle count. I keep Infantry, SW and ordnance in a second handy box. Most people use one box for both. Olli probably uses more than two boxes for his Germans alone. But then he has a lot more counters than I have.

So how does one go about purchasing a dice tower from Olli?

Re contacting Olli about a dice tower, just email me at battleschool@rogers.com and I will put you in touch with him.