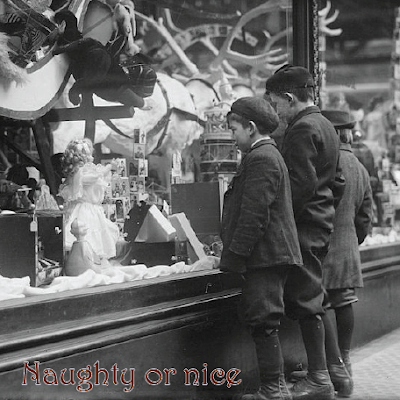 Amazing prizes!! Can we get an extra roll for unemployment? Come on, purty please!

I was happy to see you wish us luck in Hungarian. My favorite second language!

Quite the prize packs, Chris. Thanks!

Amazing prizes, Chris & Helen. I can't believe you're struggling with wrist problems too. I think we should all just throw away our computers.

Very nice prizes Chris, You really know how to throw a party. Have a Happy Christmas

I'm drooling... Hope I roll low! Thanks, Chris & Helen, for your generosity!

Boldog Karácsonyt Matt. And thanks for participating.

If we gave an extra ballot to under/unemployed persons like me and you, half of the Eurozone would want a bonus ballot. :)

Maybe we could work something out for those Squad Leaders with an avatar that puts a real face to a real name.

What say the rest of you lot?

I see your point. Far too many of us in the same predicament. And besides just joking.

I did try to add a photo. It didn't attach to my earlier post, perhaps this one? I'll know in a moment.

You have succeeded in more ways than one! We will add a prize for the runner-up of the December raffle.

To qualify the runner-up must follow Sitrep under his or her own name, and use a photograph, as you have done, for an avatar.

How about a set of American and British dice for a prize, or a $20.00 gift certificate--winner's choice?

sorry if this is a duplicate: Thank you for sending me the New Battledice. Love the New Anniversary Dice. The DSC and VC are very cool. However, I did get two Commonwealth white dice, but no biggie. I even like the Heretical ROF dice but REALLY love the Sniper die! Thankx for the Gold foil upgraded Battledice too. Very Nice! Do not have paypal so I sent a Christmas card (figured Helen would like that) with cash. Hope it gets there OK for I managed to spell your last name wrong. Oh, and Ogi wants you to know that he is real, same household, but much better looking than I. Thanks again and keep up the Great work--Keith

Sorry for the duplicate Commonwealth squad leader. It would appear that the QC Queen missed another one. In her defence, she was probably packing them while talking to some tall, dark stranger at ASLOK. (I was likely in the middle of losing a game at the same time.) Of all the things NOT to pack in the poly bag, she leaves out an AIRBORNE TROOPER.

We will pop a Paratrooper in the mail to you, along with your prize for best pooch portrait.

And as handsome as Ogi may be, he has nothing on a dashing young PARATROOPER. Dig deep son, you must have a snap of you with your maroon beret somewhere. :)

Finally, Helen will definitely love getting a Christmas card from snowy Maine.

You and your wife are true philanthropists. Absolutely wonderful. I know the entire community appreciates the work that you are doing with your blog, and your generosity with the raffles. Personally, I hope your holiday season is a blessed one with lots of happiness for yourselves.

Excellent prizes. Good luck to everyone! Thanks again for providing such a great site.

Stop, I'm blushing. It really is not that big a deal. We just want to give a little back to the community. Thanks for all the wonderful comments just the same, though. Helen looks forward to seeing who has posted a comment.

I hope we get this much feedback when I post a poll a little later this year.

Thanks for following along.

Hopefully I have better luck this time. =)

Hey Folks,
I think I am a reader of Sitrep since I am receiving comments at my G-Mail Reader. That mean I am a Squad Leader? And might be in the running for a set of dice?

Keep up the good work!
John

Welcome JohnF! You are officially a "Squad Leader" on Sitrep.

You can find your generic avatar by clicking on "More," and then "Next" in the Squad Leader panel.

If you wish to qualify for the bonus raffle, you will need to add your last name and a photograph of yourself. This will become increasingly important for our raffles in 2012.

Anyone looking to win a copy of Festung Budapest, for example, would be advised to update his status as a Squad Leader.

Thanks for joining and good luck in the December raffle.