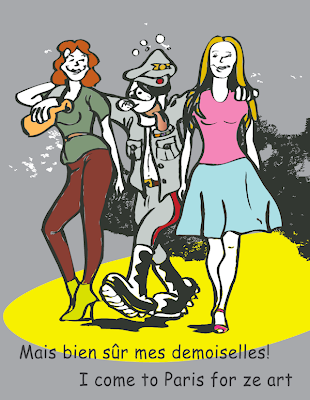 Le Franc Tireur No. 13 has arrived! The latest and biggest issue of this long-running magazine is now available for purchase. The magazine is 100 pages. Excepting one advertisement, all content is in English. LFT 13 comes with a large, half-board overlay (FT7), and 17 scenarios.
Eleven scenarios take place in the Crimea. Another three are Ostfront cousins. The three, odd men out are a fratricidal spat set in China in 1929, an early-war adventure in Norway, and a rear-area tussle between American and German armour units in France.
After playing a scenario from Lone Canuck’s Ozerekya Breakout, I am keen to try another “Romanian” scenario in southern Russia. One scenario in LFT 13 is reminiscent of “Subterranean Quarry” from the module Partisan! In “Partisan Stronghold,” Romanian troops are tasked with destroying a partisan base of operations and its garrison. For the most part, however, the Romanians find themselves up against veteran Soviet troops. The upside is that you get to command Romanian assault engineers in “The Land of Fire,” and “En Force!” The Romanians star in five scenarios, and co-star in a sixth, alongside the Germans. That leaves eight more actions for enthusiasts of the Eastern Front.

One of the more unusual Crimean scenarios is “NKVD Nut.” As expected, the headliners in this primarily infantry battle are hard-to-crack NKVD units. The scenario makes use of the NVKD counters that came with the historical module Valor of the Guards.1 Overlay FT7 is used in two scenarios with very similar titles. “Trappenjagd” uses the overlay to transform the airfield on board 14 into farmland, as it might appear in late spring. In “Trappenjagd: the End,” overlay FT7 replaces the village on board 46. Both scenarios occur in May when plowed fields are in effect. LFT has therefore supplied two, downloadable versions of the overlay: one with plowed fields, and a second with open ground replacing grain.
In spite of the focus on the Crimea, there is a lot of variety among the scenarios. There is a short, sharp all-armour battle, a pair of river crossings—one at night, air support, and offboard artillery, including one scenario featuring a creeping barrage. There are scenarios for an evening match, and scenarios for a beer-and-pretzel time out. Meatier scenarios may take six or more hours to play. But there is nothing in the mix that should take longer than eight or nine hours to set up, play, and pack away. The last scenario in the bunch is trademark Xavier Vitry: Waffen SS versus Soviet heavy metal in Berlin. LFT is back, in black!
Reading material

For those who claim to buy LFT magazine for the articles, there truly is more to the magazine than pictures. In keeping with the theme, Philippe Naud and Xavier Vitry provide articles on the Crimean Campaign, Romanian Mountain troops (Vanatorii de Munte), and the eventual recapture of the Crimea by Soviet forces in the spring of 1944. Many of the scenarios in the magazine contain some form of fortification. Laurent Forest has thoughtfully provided an overview of fortifications found in the European Theatre of Operations (ETO), complete with illustrated examples, and Manuesque humour.2 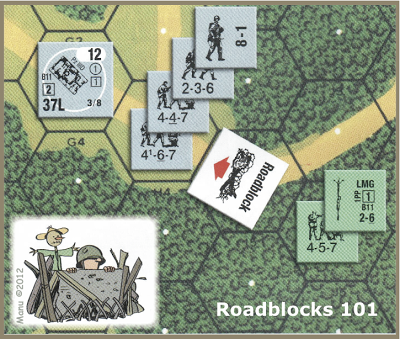 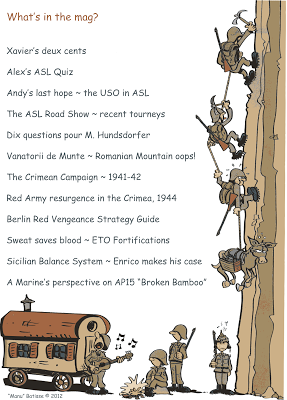 Another contributor worth paying attention to is Lieutenant Colonel Pierre Prod’homme. This recent War College graduate walks us through a tactical exercise with cardboard troops (TEWCT). His after-action report of AP15 “Broken Bamboo” is well structured and highly analytical. Leave it to a French Marine to show us how to conduct a fall-back defense with the Japanese.
The longest “article” in the mag is actually a guide. Some 20 pages are devoted to a “Strategy Guide” for Heat of Battle’s classic historical game Berlin Red Vengeance (BRV). If you are a devotee of the urban campaign game, this article is for you. Seven maps accompany the text, which analyses key locations and where to position your best assets.
The latest issue of Le Franc Tireur is chock-a-block with maps, colour drawings, and contemporary photographs. Even if one discounts the BRV Guide, there are almost 80 pages of content to peruse on a rainy day. An illustrated bibliography is provided for those eager to learn more about the Crimean Campaign. However, I suspect that there are enough interesting scenarios to keep you busy for many rainy days to come.

Where to buy
You can order your copy direct from LFT, or Bounding Fire Productions. KitShop also stocks most LFT publications. Email us at battleschool at rogers dot com for a pdf of our 16-page ASL catalogue.
Notes
1. NKVD squads are “second-liners” in ASL. But squad class does not tell the whole story. These 6-2-8 and 3-2-8 units have a broken morale of “9” and “8” respectively. When paired with a commissar, these proletarian policemen are highly resilient.
2. In ASL, the ETO includes the Eastern Front.
3. You can experiment with Enrico’s balance system by playing his scenario “The Bet.” Players choose sides by placing bids on the minimum number of building/rubble hexes that they believe the German player can Control by game end. The player who bids the highest takes the Germans. A tie is resolved with a die roll.
Errata for FT195: rotate the north arrow 90 degrees counter-clockwise.
Posted by Chris Doary at 18:31

Although LFT/FTC are default buys for me, and my copy of Lucky 13 is already on it's way, I really do appreciate these in depth previews.

The BRV strategy guide will be most interesting as I have been dying to get into that HASL module for some time and it was when the HOB were at their productive peak.

can't wait for LFT13 to arrive!