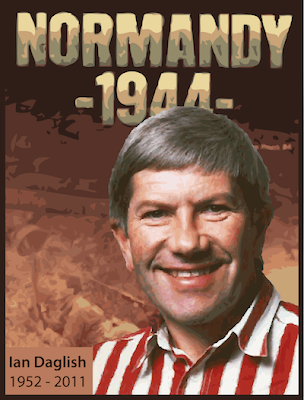 My brother’s gaming career began as a result of our father taking him to see “The Longest Day” in Providence, Rhode Island, in 1962, when he was ten years old. Thereafter he bought a copy of Tactics II. For him, at this time, America was a toy wonderland, and this colored his memories of childhood. On his return to England he continued his interest in the hobby with Avalon Hill games of the 1960s such as Afrika Korps, and Poultron Press editions of Strategy and Tactics magazine. Andy Daglish, 31 July 2011

Ian Daglish’s death over the weekend was tragic. My condolences to his wife and two teenage daughters, to his extended family, and to his many friends.
Whenever someone dies unexpectedly, we often lament what might have been. This is understandable, but unhelpful. Having lost my own father several years ago, I believe that it is more helpful to reflect upon the legacy of a dearly departed.
I never met Ian. However, like many Advanced Squad Leader (ASL) players, I got to know him through his work, specifically the work he did on behalf of ASL.
Ian studied history at Trinity College, Cambridge. According to his brother Andy, Ian’s essay on Napoleon’s plans to invade England garnered him the Bowen Prize for history. However, in spite of his love of history, Ian pursued a career in marketing, completing an MBA from Manchester Business School along the way. But as Ian confessed on his website earlier this year, a chance visit to a small town in Normandy would steer him back toward his lifelong passion.

Ian published a number of books. All deal with his favourite subject: the Battle of Normandy. For most of that fateful period of 1944, the Wehrmacht kept the Allies contained within a shallow bridgehead. The battles that occurred within this area were the grist of Ian’s prolific publishing mill. Indeed, Ian became something of an authority on the Normandy campaign. He frequently lectured and led battlefield tours on the subject. Students of military history were not the only ones who benefited from Ian’s research.
Ian had a lifelong interest in war gaming. He was an early member of the Avalon Hill International Kriegspiel Society (AHIKS) founded in 1965.1 In 1978, he picked up Squad Leader, at about the same time that I did. Like me, he later transitioned to ASL. Unlike me, Ian was not content to simply play ASL. In the early 1990s he began to write articles, and design scenarios.2 These early efforts appeared in the aptly titled newsletter ASL News, published by Belgian Philippe Léonard.
Ian was a strong advocate of hands-on military history. He believed that in order to comprehend a battle fully, he had to walk the ground over which the engagement took place. In fact, he felt that it was incumbent upon all reputable historians to do no less. In his view, too many historians gave short shrift to the importance of terrain. Ian’s attention to such details gave him a unique insight into the military operations of a half-forgotten Norman summer. Ian’s on-site research also gave him an edge when it came to designing ASL scenarios of the Normandy campaign.
The Normandy campaign was the inspiration for the majority of Ian’s scenario designs. His first major publication was All American: Kellam’s Bridge. This would be the first of three historical modules that gave ASL players a look at the bocage countryside where the US 82nd Airborne Division fought and died during 33 days of combat. The module includes a mapsheet depicting the area around a key span over the Merderet River. The bridge was the only crossing point in an area of marshland, and therefore a natural chokepoint. The Germans mounted at least three strong attacks without success. But in the process, the American commander, Major Fred Kellam and several other senior officers were each killed in turn, as they led the defense.
Ian’s feelings on this trio of modules were mixed. Although he was proud of his early achievement, he was also conscious of the mistakes that he made. But rather than being discouraged, he renewed his efforts with an almost antiquarian zeal. His attention to detail was matched only by his conviction that the best historical research is a product of multiple sources. The fruits of Ian’s research and design methodology can be found in numerous “official” and third-party publications. From the mid 1990s until earlier this year, Ian had published approximately 65 scenarios. This works out to a rate of almost four scenarios per year—a very respectable record. I have listed some of Ian’s scenarios at the end of my post.
Ian reckoned that he had played about 300 ASL scenarios in the past 26 years. Considering that he also found time to design some 65 scenarios, it is remarkable that he was able to spare time to pen ASL articles. What probably made this a bit easier was the fact that his historical research dovetailed well with his ASL interests. For instance, as early as the mid 1990s, Ian was writing about bocage [B9.5], a rule set that some players love to hate. His knowledge of the Normandy campaign, coupled with his familiarity with bocage—both the real McCoy, and the abstracted ASL variety—made Ian a natural candidate for the design of scenarios that feature this unique terrain. It is perhaps fitting then that Ian may be remembered most for his “bocage” scenarios.
.
Apart from his All American series, published by Critical Hit, Action Pack 4 (AP4) is arguably Ian’s ASL opus. With its publication, Ian helped make bocage less intimidating. In my view, the new maps that come with this pack offer a better representation of Normandy than those that came with the Deluxe module Hedgerow Hell (HH). Published in 2008, some 21 years after HH, AP4 is the first official ASL publication to include mapboards (or mapsheets) replicating the Norman landscape. Although he certainly had help, Ian deserves a great deal of credit for popularizing and hopefully demystifying B9.5.
When asked recently what he thought was the “Golden Era of ASL,” the marketing executive turned historian replied, “2011.” The year is far from over. We have already been treated to a wealth of ASL goodness. Ian unquestionably helped make 2011 the phenomenal year that it is proving to be. It is bittersweet that he can no longer share in the bounty that he helped create. But as saddening as this may be, Ian lives on in the memories of those who knew him. He will also live on in the hearts of ASL players, for there is a bit Ian in every scenario that he designed, and in every word that he left for posterity. 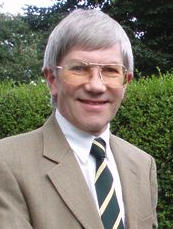 Ian Daglish Memorial Plaque
Pete Phillips of View from the Trenches fame posted a notice on GameSquad forums on 9 August. He organized the purchase of a memorial plaque for Ian. The plaque is displayed in the "Bovington" Tank Museum located in Dorset, United Kingdom.

The plaque was placed on the Memorial Wall of the museum during a dedication ceremony held at the end of October. The ceremony occurred during the Intensive Fire ASL tournament, with many of the participants in attendance. It was a fitting tribute to an ASL player and historian. Thanks to Pete Phillips for organizing everything. Below is a picture of the plaque. 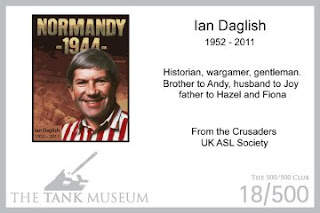 My deepest sympathy goes out to his family and friends. May he rest in peace.

I have been so moved by all the thoughful and lovely things that have been said about Ian. Thank you for your tribute to him it does help during this emotional time of immense grief. Joy (Ian's wife)

Yes, thanks very much for sharing his ASL history. Hadn't realized how involved he had been. He'll certainly be missed.